That Summer by Jennifer Weiner

“Death would be too easy. Death would let him off the hook. Life, though, life with the knowledge that Daisy knew what he’d done and who he was…”

The emails give insight into a glamorous, sophisticated, single-lady life, which is miles away from Daisy’s simpler existence. Eventually, the misdirected emails are acknowledged, which leads to the two women meeting and becoming friends. But, as they get closer, you learn that their connection was not completely accidental. Who IS this other woman, and what does she want with Daisy?

In my opinion, it is best to go into this book blind. It goes back and forth between the past and the present. You realize pretty early on how the two women are connected. However, it’s what happens after that point that is intriguing and kept me engaged. It’s a thoughtful, meaningful story, but it is one that is not easy to read at times. I think it is a great show of wealth, privilege, and control.

I was expecting an easy summer read, but That Summer was much deeper and more meaningful than I was anticipating. It alludes to the #MeToo movement, and I think it is done very well. With that though, it might be good to double-check the content if you are sensitive to that topic. 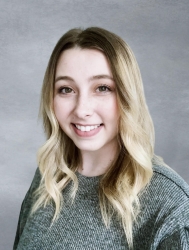